SHILPA SHETTY IS THE BIG-HEARTED SISTER 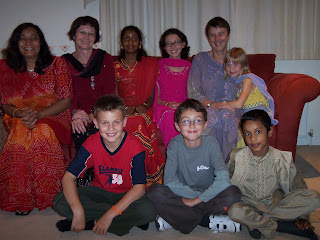 As an Indian Diversity expert living in the UK, I am shocked at the Big Brother show broadcasting such blatant racism. The media have a very important role in society and because it is important, it also has to be dealt with responsibly. I am amazed by Shilpa’s grace, beauty and fluency in the English language. The way she has tried to blend in and be part of the group has been faultless. This rhymes with my own experience of migration to this country and those of countless Indians who have come over the last few decades. We do our best to fit in and assimilate, without losing our own identity. The Indian community’s influence in this country economically, socially and culturally has been truly exceptional. And it has all been done with grace.

I have lived in Essex for ten years, the county where Jade Goody lives. During my time here, I have discovered that there is a lot of ignorance about foreign cultures or countries, India being one of them. My family and community have been very active in building bridges of tolerance, respect and understanding. During the Hindu Festival of Navratri, we invited local teachers, Councillors and executives from all backgrounds to share and participate in the festival and they all had a wonderful time. At Diwali, we cooked 100 different varieties of delicious vegetarian food and shared it with everyone. This year I am offering a course on Indian culture to help build bridges and many people have signed up already. I am also giving a public lecture on Indian Art at Chelmsford Museum on 7th February. All this is out of my own initiative.

We do not feel that being Indian and British is a contradiction, and our children have no difficulty with having this dual identity – they are proud of both. My new book on Diversity which is coming out in June talks about all the simple and creative ways in which we can make our huge diversity a pillar of strength for Britain. We do not have to put others down to raise ourselves up. And like Shilpa, most Indians are very broad-minded and adaptable.

Media should play a much more positive role in building bridges of respect and tolerance. Diverse Ethics Ltd. is working with our local paper in Colchester, the Evening Gazette is considering a major series entitled ‘A World in Colchester’ as there are people from 92 countries living here. Very few cities and towns in the UK have any idea about the huge diversity they have. Media can play a positive role in portraying it.

Big Brother is neither big nor brotherly – it is simply noisy.